Wired: The Untold Story of ILM

From the Wired article: The Untold Story of ILM, a Titan That Forever Changed Film

In the early 1980s, a teenager named Michael Bay had a summer job at Lucasfilm, filing artwork. Two decades later he would become ILM’s most … hands-on collaborator.

SPIELBERG: Michael Bay is the most demanding special effects director ever. When we do the Transformers movies, Michael lives at ILM with them. He just goes up and camps out there.

MICHAEL BAY (DIRECTOR, PRODUCER): They’re always thinking about story, that’s what I like about ’em. It’s not just paint-by-numbers there. It’s a very involved shop.

JAEGER: I’ve worked on seven of his films now. It’s come to the point where he asks for me, like, “Make sure Alex takes a look before you guys send it out.” But on Pearl Harbor I was just “the guy.” I didn’t have a name.

BAY: Pearl Harbor was the first time I worked with ILM.

JAEGER: At the beginning of the process he came at us like, “I want to see real explosions, real planes, real ships.” We built a 35-foot-long battleship with teak decking, but as the model was getting prepped, we developed a computer-generated version.

BAY: We filmed 20 real planes, but we would’ve never been able to do the shots without making those digital planes.

JAEGER: In one scene where we fly over the USS Hornet, there’s supposed to be a whole deck full of B-25 bombers. We only had two on the real aircraft carrier. We sat down with Michael and said, “Pick out which one is the real plane and which ones are the CG planes.” And he’s like, “I was there, I shot this.” He probably looked at it 10 times, and he’s like, “Well, the first one’s gotta be real because you wouldn’t put a fake one first.” “Nope, it’s CG.”

BAY: A lot of artists worked on Optimus’ face. Getting it right was very important. But it’s like a bad face-lift. And I’m there meeting with the artists and we can’t figure out why it doesn’t look right.

PHILLIPS: One of our technical directors—the artist who designs how parts move relative to each other—is a guy named Keiji.

BAY: Keiji wasn’t even on Optimus’ face, but he had a meltdown.

KEIJI YAMAGUCHI (TECHNICAL ANIMATOR): I wanted Optimus Prime to look like a hero, but he didn’t, and I exploded. It was very gentle; I wanted the transformation to be huge, like a wrestler in a sumo ceremony. I said, “You’re insulting the Japanese idea of animation.”

BAY: I just smiled and I’m like, “Oh my God, I want you to do Optimus Prime.” So he took it and fixed the face. And he also was the genius who helped us figure out how to take these 10,000 parts and make them transform.

WAYNE BILLHEIMER (VFX EXECUTIVE PRODUCER): The second Transformers was my first real working relationship with Bay. I went into a couple of early preproduction meetings with him where I began to get what was going on: “I’m going to shoot it, I’m going to give it to you guys, and you guys are going to have to come up with some stuff. It’s going to be brutal.”

BILLHEIMER: There was a point toward the very end of production when he lost it. He had just come from a screening with Jerry Bruckheimer and didn’t have a complete third act. He called me, screaming: “I just saw a movie that I can’t fucking release!” It was nuclear-level Bay screaming. All I could do was scream back at him. There was a good five minutes of screaming along those lines. The next day he goes, “That was a fun little yell yesterday.”

BAY: They never let you down.

BILLHEIMER: He gets very hot very fast, and very sweary, which is always entertaining.

PHILLIPS: He’s a tyrant. He’s a nonstop string of obscenities. He’ll berate you and tell you you’re an idiot. But he always makes your shot better.

BILLHEIMER: And the movie makes a billion dollars.

Happy 50th Dolby! Thanks for all the inspiration. And thanks for Dolby Atmos! I’m currently shooting in Malta. I’m looking forward to all your future innovations. 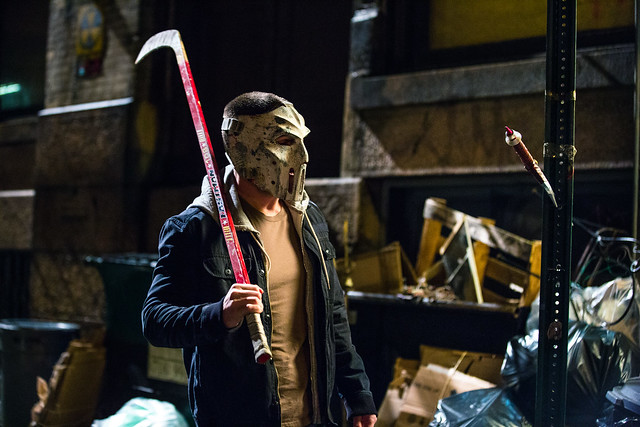